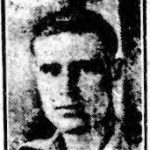 According to the 1939 census the family including Arthur’s nephew Peter (Minnie’s son) were living at 103 Wathen Road, Warwick. Arthur’s occupation was a capstan lathe hand. Arthur’s father Frank was an electrical fitter who joined the Royal Warwickshire Regiment in 1909 aged 18 and served during WW1. He was wounded in December 1914 and was entitled to wear a wound stripe. He died in 1951 aged 60. 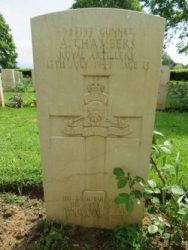 Arthur had only been in action for five weeks when he died.  He is buried in Italy