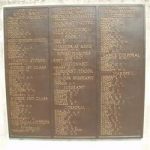 There is a marriage record for Arthur W Thumwood and Dorothy E Shorter married in Kent in 1941 which we think relates to Arthur as there are no other men of the exact same name who appear in our Ancestry search.

Arthur’s father died two years before him aged 48 and Ada his stepmother died in 1993 aged 100.

Arthur is commemorated on the Plymouth Memorial: 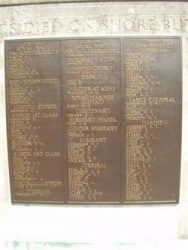